While attempting to balance 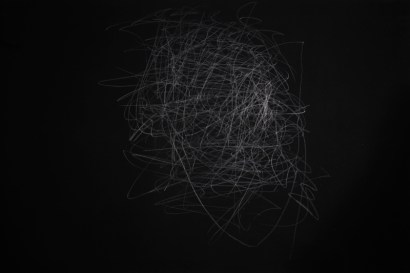 Performance and dual projection screening at Rad#1 at Knipsu in Bergen, 2011.
A video projection portrays a particular scientific procedure; The daily and meticulous setting up, tuning, adjusting, aligning and repositioning of instruments performed by 85 meterologists and metrologists measuring solar irradience. Behind the audience, short, fleeting glimpses of a dancer’s gestures as she performs a Baroque dance called Sarabande. In the center, a musician sits by his harpsichord, ready to commence his performance.

The Sarabande is characterised by solemnity and controlled passion, while some music researchers have described it as being ‘devoid of passion, merely expressing ambition’. It is not certain that there are any connections between Louis XIV, one of his favourite dances and 85 meteorologists meeting on a mountain in Switzerland to measure the irradiance emitted by the sun, but by pitting these elements against each other, I developed this piece as a way of reflecting upon this.