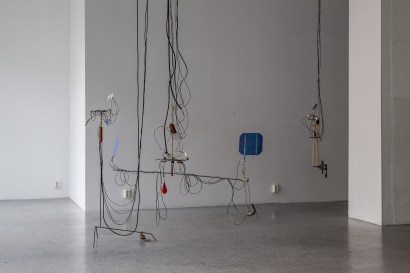 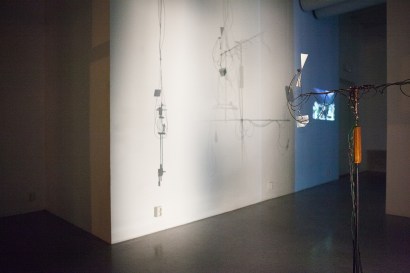 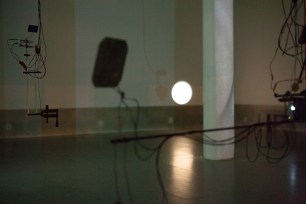 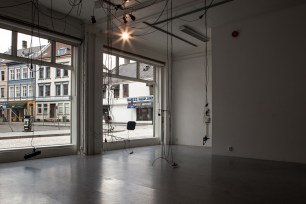 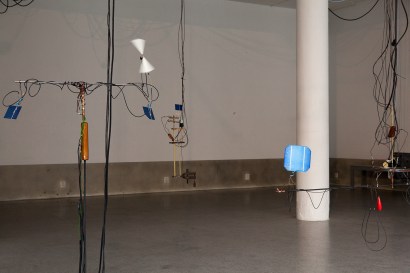 an installation of performative, optical solar trackers looking for the Sun, made by Ellen Røed and Christian Blom for the Borealis festival in Bergen .

The piece was an installation that underwent continuous transitions inflicted upon it by changes in the natural and cultural environment surrounding the gallery ROM8. A series of ambient transitions were going on inside and outside the space: changes of light, the rhythms of passing cars, their headlights creating moving elements of light within the space, sound moving from inside to outside and vica versa, as well as projections that appeared and disappeared with the ambient light. All these elements were continually transforming the appearance, and the installation thus went through changes without anything being intentionally changed by someone.

As daylight faded video projections and light elements would gradually appear and transform the exhibition into a carefully lit, staged and choreographed automated performance.

Critique in Morgenbladet can  be read here (subscribers only):