Skyvelære is both an exhibition, a series of work, and a text (later published as a book) that together constitute the results of a Project in the Norwegian Artistic Research Fellowship Programme, Bergen Academy of Art and Design 2014. 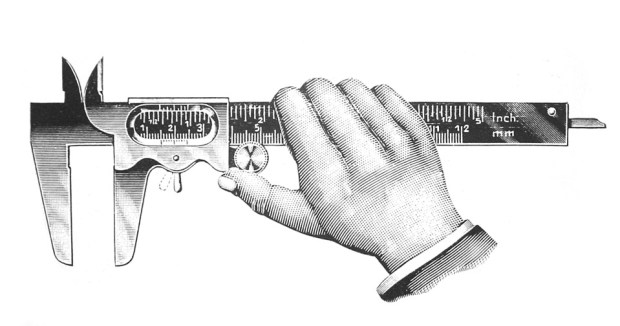 A Calliper or Skyvelære. The gap between the set and the variable edge constitutes a significant relationship where information is produced. (Image from Martin Freiherr von Hagen at Flickr.

The Norwegian word Skyvelære is difficult to translate into English. Nevertheless it is a title that provides several clues to my considerations in both the exhibition and the text.

Composed of the words for slide and learn, from German lehre, the term Skyve – lære denominates a calliper, a device which by means of a set edge and a variable sliding edge operated by the thumb, can measure distance and depth in great detail. Moving the thumb back and forth and positioning the variable edge in relation to the fixed edge, produces a measurement, a piece of information based on the difference between the two.

As a title, the term skyvelære became a metaphor of how my interests in the project gravitated around activities occuring in such relationships where information is produced, including gestures. 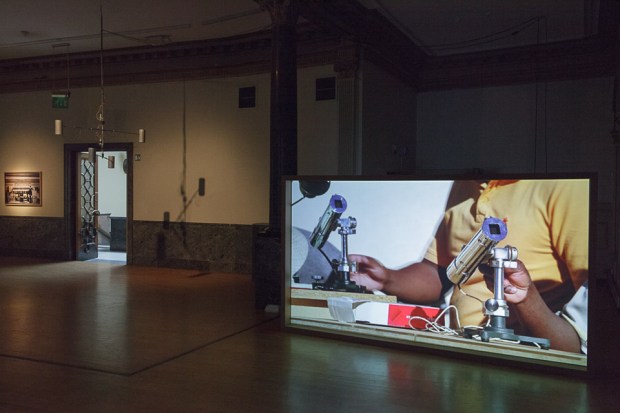 Being a research fellow at Bergen Academy of Art and Design from 2009 – 2014 served me as an opportunity for considering how video art may be applied as a mode of inquiry, as a method of exploration of specific environments by producing moving images.

I turned to the natural sciences for new perspectives on what it might mean to approach the environment with devices that produce data, through practical, embodied and situated ways of working. Video art was applied as a means of developing insight and critical reflection through its ability to etablish relationships between sites, devices and their users.

The artistic outcome of my inquiries was presented in the exhibition Skyvelære at 3,14, gallery of contemporary art in Bergen in June 2013. The exhibition was constructed as an installation that contained a set of artworks, all entitled Skyvelære, that represented and concluded my artistic research from different perspectives. 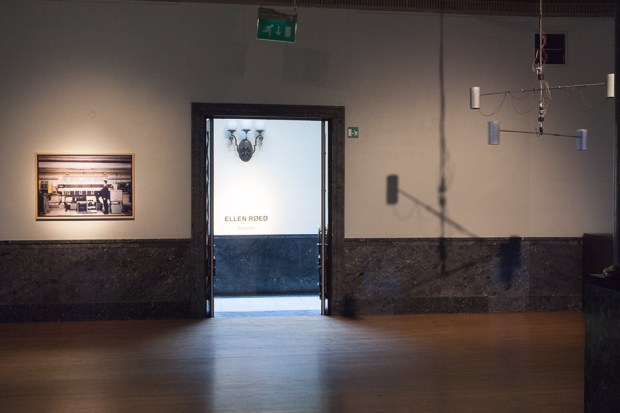 In a  critical reflection with the same title I provided the context for the artworks and reflect upon the insights that were developed.

The critical reflection can be downloaded from Monoskop: http://monoskop.org/log/?p=12514

It can also be ordered from khib, who has published it as a book.